TALKING WITH MILTOS MANETAS THROUGH ARMEN AVANESSIAN AND SUHAIL MALIK

Instead of the direction of time changing, its us people changing today.. This website is evidence: we are now busy with things that wouldn't seam important, corporate decisions for example such as those of the Berlin Biennial 2016. 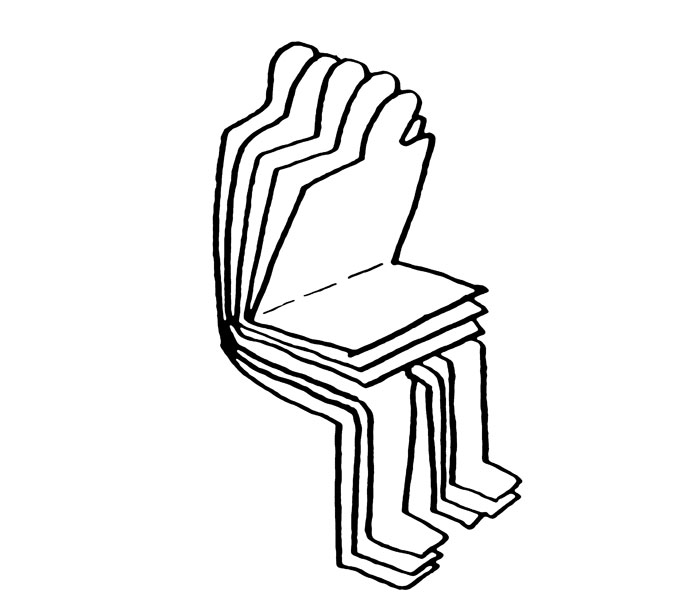 Time Arrives From the Future?

BB: Armen Avanessian argues that the basic thesis of post-contemporary is that time is changing. We are not just living in a new time or accelerated time, but time itself — the direction of time — has changed.

Miltos Manetas: Time is the only possibly "new" technology. We have time already in us (the way Intel used to have "Pentium Inside"). If my appointment is an important one, I will probably arrive "on time" even without looking at my watch. It's possible that if we find out how to perform more complex computations by simply using that inner time, we will be finally using a quantum computer without even having to invent it. That computer will be yourself. linkT

BB: Suhail Malik says that "the main reason for the speculative reorganization of time is the complexity and scale of social organization today". And : "If the leading conditions of complex societies are systems, infrastructures and networks rather than individual human agents, human experience loses its primacy as do the semantics and politics based on it. Correspondingly, if the present has been the primary category of human experience thanks to biological sentience, this basis for the understanding of time now loses its priority in favor of what we could call a time-complex.1"

Miltos Manetas: We are NOT letting that happen will we? Instead of the direction of time changing, its us people changing today.. This website is evidence: we are today busy with things that apparently, wouldn't seam important, corporate decisions (such as the Berlin Biennial 2016), the activity of people we haven't even noticed before, events that are happening in places of the planet that doesn't interest us the least.. Why are we doing this? Because we are determined to mess up this social organization.

BB: Suhail Malik again argues that "it is no longer necessary to explain the movement of the past and the future on the basis of the present.

Miltos Manetas: We never really explain the movement of the past and the future on the basis of the present, whenever we express something about the past or future, what we really do is messing up with them, changing them. Not in form of explanation- it would be crazy to think that because there's a very large quantity of alternative pasts and futures out there... We really act on them, in some of all those sets of future/past at least.

BB: Suhail Malik says that "we are instead in a situation where human experience is only a part of — or even subordinated to — more complex formations constructed historically and with a view to what can be obtained in the future. The past and the future are equally important in the organization of the system and this overshadows the present as the leading configuration of time.
Complex societies — which means more-than-human societies at scales of sociotechnical organization that surpass phenomenological determination — are those in which the past, the present, and the future enter into an economy where maybe none of these modes is primary, or where the future replaces the present as the lead structuring aspect of time. This is not absolutely new, of course: for a long time political economy and social processes have been practically dealing with the subordination of the human to the social and technical organization of complex societies. Equally, under the heading of Speculative Realism, philosophy too has recently been trying to reset the notion of speculation as the task of finding more-than-human forms of knowledge by establishing the conditions within conceptual thought of knowledge of what is beyond human experience. That project is certainly attached to the conditions of the time-complex but is also distinct to it "

-"And to some concrete examples of the speculative time-complex that we know from everyday experience or from daily news. " says Armen Avanessian.

Asked by Suhail Malik to outline these phenomena, Avanessian continued: "What has been called preemptive personality or personalization is how you get a certain package or information about what you might want that you haven’t explicitly asked for from a commercial service.2 We know a version of this from Amazon: its algorithmic procedures give us recommendations for books associated with one’s actual choices but the preemptive personality is one step ahead: you get a product that you actually want. The company’s algorithms know your desires, they know your needs even before you become aware of them yourself. It doesn’t make sense to say in advance that “I’ll send it back” because it is likely that it will be something you will need. I don’t think that all this is necessarily bad, but we do have to learn how to deal with it in a productive or more pro-active manner".

whenever we express something about the past or future, what we really do is messing up with them, changing them. Not in form of explanation- it would be crazy to think that because there's a very large quantity of alternative pasts and futures out there- but we really act on them, in some of them at least..

BB: Suhail Malik says that another thing, often criticized, is the politics of preemptive strikes, which is also a new phenomenon of the 21st century. Brian Massumi and others have written about the kind of recursive truth they produce: you bomb somewhere and then afterwards you will find the enemy you expected.3 You produce a situation that was initially a speculation. The logic here is recursive and, to reiterate, the strike is not made in order to avoid something, a deterrence before the enemy strikes. It’s also very different to the twentieth century logic of the balance of threats or prevention. Rather, what happens in the present is based on a preemption of the future, and of course this is also linked to what has been called a tendency towards premediation in the media.

Miltos Manetas: We have start acting that way on a personal level already! Corporations, institutions and their occasional employees can't be allowed to decide and to do things as they desire. Acting at the very moment they act, is our only way to interfere with the future version of ourselves. Because that's exactly what most events- organized or "curated" by corporations and institutions are doing today: they build and sell a side of "Future You".  That happens, at least whenever institutions/corporations are targeting territories that are crossing ours... That's also why I have decide to put together this alternative Berlin Biennial. Last winter the curators invited me to meet them and to discuss with them my participation. I end up not being invited -officially at least- but my rule in this Biennial was already a fact..

Revised webpage based on a revised transcript of a conversation held in Berlin, 29 January 2016, published at http://bb9.berlinbiennale.de.

1. The time­-complex is specific to the structures of integrated socio­technical and psychic mnemic systems of individuation proposed by Bernard Stiegler. See for example Technics and Time Volume 2: Disorientation, trans. Stephen Barker (Stanford, CA: Stanford University Press, 2008) and Symbolic Misery Volume 1: The Hyperindustrial Epoch, trans. Barnaby Norman (Oxford: Polity, 2104). But the speculative time­-complex is distinct to Stiegler’s thesis in that (i) it comprises a speculative constitution of time rather than memory and human temporalization, and (ii) the speculative time­-complex is here affirmed against Stiegler’s appeal to rescuing an aesthetically­constituted experience of individuation despite complexifying sociotechnical configurations.
2. Rob Horning, “Preemptive personalization,” The New Enquiry (September 11, 2014)
3. Brian Massumi, “Potential Politics and the Primacy of Preemption,” Theory & Event 10:2, 2007.