The Army of Love 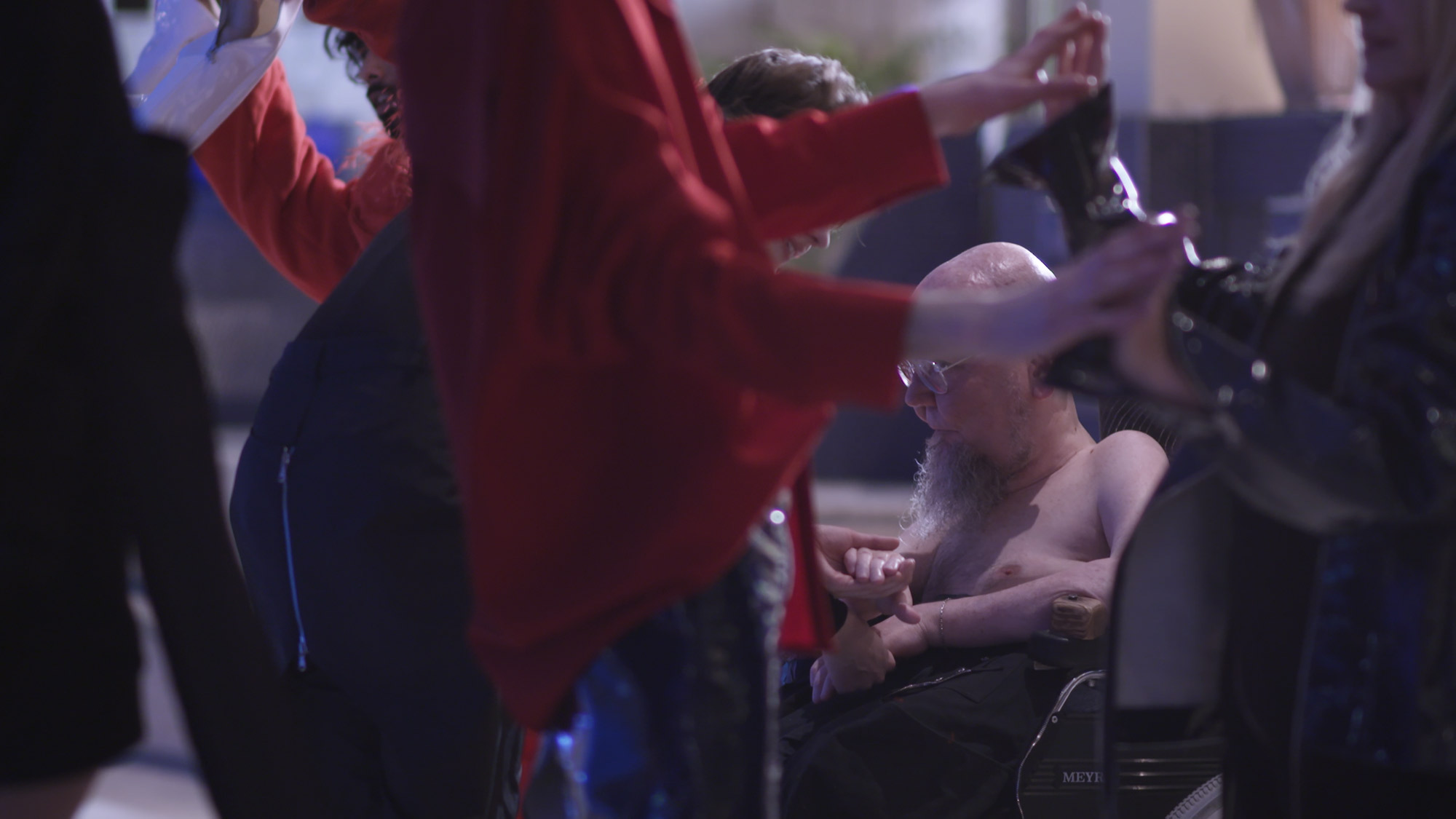 We like to think of our love as a very personal thing, but it follows statistical preferences. In every society certain features are perceived as more attractive than others. Telling someone who is scoring below average that we are all beautiful, is like telling someone who is poor that money doesn’t matter. It’s ignorant, if not cynical.

This is where completism comes into play. Completism aspires to an intimate completion of justice. Its practitioners, the Army of Love, offer all-encompassing sensual love—care, desire, sex, and respect—to all who need it. Read how the Army of Love is about to change the course of (not just human) history.

COMPLETE ROMANTICISM
Capitalism has commodified romantic love to such a degree that true romantic transgression sets its sights on the one taboo intrinsic to the welfare state: violence. Those who prefer to think of themselves as lone wolves will opt for the rampage, while those searching for connection to the group become hooligans or extremists.

But what option is there for those of us who want to be good without being taken for horrible bores? How can we commit equally drastic offences—that are unequivocally good? It is only possible through love, the same overwhelming love that the Romantics exalted and that has never been fulfilled. Even if our society understands itself as hedonistic, psychotropic drugs are dimming the libido of a large part of the population. People who do not find enough love are told to blame their upbringing. Why not give them love instead?

Today’s welfare states equip most of us with sufficient time and leisure not only to open up to love, like the hippies did, but to systematically drill into it, creating love that applies not only to an individual, family, horde, or nation, but to everyone. This means, in effect, that on the street we not only give out “free hugs” but also “free petting” and gaze at one another in awe. It means that we extend more than just sympathy to our neighbors and that our desire for love—including sensual love—is always magically fulfilled, everywhere. Even the most brutal violence does not seem radical enough in the face of the Army of Love’s complete love.

Only someone who is famished can love another for a loaf of bread in return.

COMPLETE WELFARE
With rising material prosperity and leisure, the need for intimacy and physical love tends to grow. Marriage feels less and less binding, and as we hunt for new and better lovers, those that we discriminate against as old, ugly, handicapped, or unsuccessful get the short end of the stick. Sex can be bought, but in an affluent society sensual love is almost prohibitively expensive. Only someone who is famished can love another for a loaf of bread in return.

Socialism’s fight against unequal ownership structures ignored the unequal distribution of attractiveness: In a nonviolent society without private property, everyone has access to basic commodities, although when it comes to desired sex and love partners, you still need the other’s consent. The hippies, following the tradition of Charles Fourier, assumed that sex and love need only be liberated from the prison of monogamy for it to blossom and flourish and produce abundance for all. Still, relinquishing libidinous ownership might free us from faithfulness, but not from the aesthetic, intellectual, and character standards that we set for our partners. Free love, in the end, only expands liberalism to the intimate sphere.

A complete love of our fellows demands more surmounting effort than the usual charitable love. Yet it also rewards us with the most extraordinary experiences and the deepest gratitude. And only then will a welfare society satisfy the demand for comprehensive justice for all. This reinforces its acceptance, on the side of both those who take and those who give. 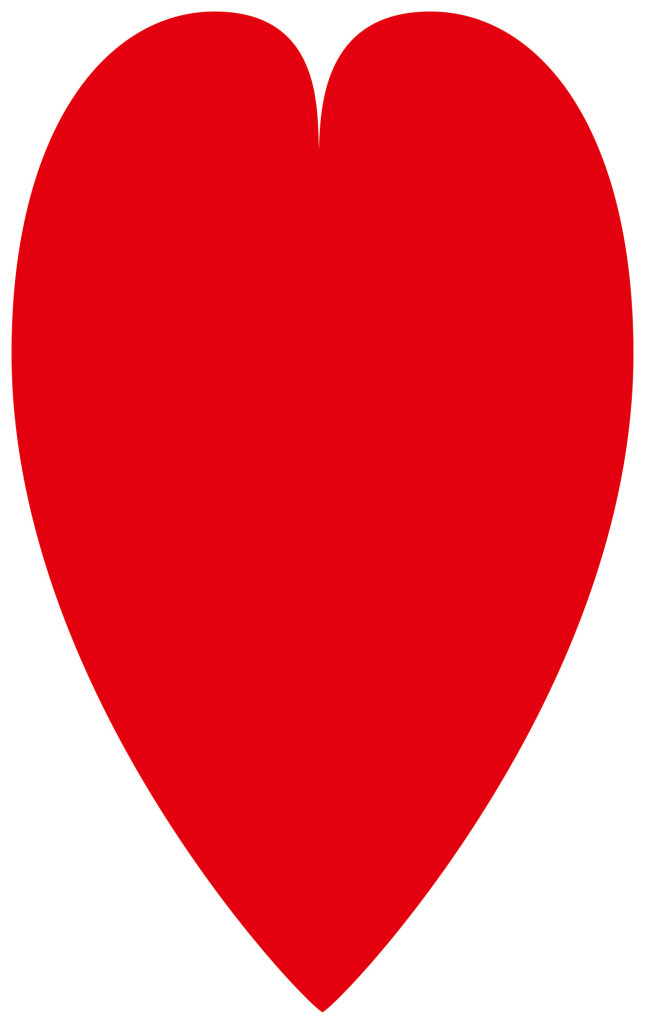 COMPLETE DEVOTION
The Army of Love is an army in the original sense. At a time when violence is increasingly outlawed, love becomes the greatest weapon of all—a weapon that also can be dangerous and even kill people.

To love in a completist sense without causing damage, we have to learn to distinguish between the truly needy and those who really like to be alone or are only suffering temporary heartache. We have to reassure them that this isn’t just a cruel joke, ruse, or obscure fetish. We have to constantly love and desire them, and also stir their love and desire, without anyone becoming so fixated on the other person that it prevents handing over the love duties to another completist in the event of relocation, illness, or some other problem.

For this, we need the strict regime of an army and also its insignia, perhaps even ranks and medals. If you love and trust your soldier, then you will always, to some extent, love the army as a whole. If the soldier loves the needy, then you see not only the individual soldier but an entire regiment of beautiful, lustful, open-minded people who do good. Scholarships allow young people to complete a year of civil service in the Army of Love after finishing high school, when their attractiveness, potency, and curiosity are at their highest. But the Army of Love recruits those that it has served as well. The best way of avoiding permanent dependency on its services is to train to join the army yourself. Even if your age and appearance are not generally considered to be attractive, you may be perfectly suited for special missions.

Completist love is the opposite of regressive. Unlike free love, the point is to love the very people, to whom we haven’t yet felt any attraction; and we’ve got to drill ourselves to perform this love.

COMPLETE COMPASSION
Completist love is the opposite of regressive. Unlike free love, the point is to love the very people, to whom we haven’t yet felt any attraction; and we’ve got to drill ourselves to perform this love. Instead of fighting emotions, habituation can engender them—the desired love—in the first place, whereby hatred becomes less and less excusable. We learn from sex workers to desire the other by making her or him desire us and so satisfying our self-love. If we can’t pull it off on our own, we may also rely on the assistance of substances such as MDMA (more attraction), oxytocin (more attachment), and Viagra (more erection).

As we all find our yearning for love promptly quenched, there will be less and less room for jealousy and hatred. Their place is taken by compersion: happiness is the fact that a person can find more love than only ours. We don’t love each other because we are desperate. We may be looking for a very special love, precisely because we’re basically provided for, and we’re able to find it without insisting on reciprocation. Sensual charitable love doesn’t imply a new humanist essentialism. On the contrary, the extension of sexual love to people who don’t meet our accustomed standards is only the first step on the way to utterly unrestrained desire and sex, also across the species barrier.

If you love and trust your soldier, then you will always, to some extent, love the army as a whole.

COMPLETE OURSELVES
The Army of Love is driven by diverse motives.

Ideological motives: Justice, as it’s not enough to just redistribute money and opportunities for earning money; you have to redistribute the possibilities for being loved as well. Charity, as it feels strange and incomplete that in Christianity and other religions the “love of your neighbor” excludes all sensual manifestations of love. Anti-fascism, as Western society’s general beauty preferences are pretty much the same as in fascism. Anti-consumerism and anti-capitalism, as those who have more money shouldn’t receive more love on top. Communism, as it failed in its previous manifestations because it socialized material goods alone. Communitarianism and anarchism, as completist practice is making both the members of the Army of Love and the receivers of their love less jealous, less hateful, less materialistic, more trustful, and more generous. Environmentalism and transhumanism, as the love of neglected humans is a step towards the love of non-humans.

COMPLETE CONTROVERSY
Should the Army of Love be a movement, a congregation, a lodge, a sect, a guerilla organization, an NGO, or a compulsory service for all those who test as highly attractive? Should the nature of the Army of Love be kept open as long as possible to first gather experiences and gain momentum, or should it be institutionalized as soon as possible to avoid being trapped in misconceptions and abuses?

As the need for love among the more than seven billion people in the world is enormous, how to select the people whom the Army of Love should serve first? Should the Army of Love focus on people who are generally discriminated against because of low income, poor education, old age, disease, and disability, or would that imply further, if positive, discrimination? Would giving love to those neglected by society only make general injustice more unbearable? From a utilitarian perspective, it might be more effective to give love to the generally privileged, as it could make them more generous, but it would be unfair.

Would potential threats to the Army of Love—misogynists, racists, rapists—have to be excluded from its services, or is it precisely the lack of encompassing love that makes them cruel in the first place? Should the Army of Love express its love in ways that would find consent among the majority or, to meet the personal needs of the receivers, should it engage in practices and role play that would offend most people? Should the Army of Love only serve those who ask for its help, or should it seek out the people who are most in need? How to deal with people who claim to be in need but only find the services of the Army of Love more comfortable than “real” love? How to deal with people who are obviously in need but don’t want to be helped? Is it legitimate for the Army of Love to work secretly, similarly to the Romeo spies of the Cold War, to avoid the stigma of charity work?

INGO NIERMANN is a writer and the editor of the Solution series (Sternberg Press). The Army of Love first came into existence in his book Drill Nation (2015) which envisions a unified Korea as the new model state of an affluent society. For the 9th Berlin Biennale, he collaborated with filmmaker Alexa Karolinski on the video Army of Love (2016), shot at a Berlin spa. Further manifestations of the Army of Love are unfolding in Niermann’s novel Complete Love, his collaboration with Dora García for the Wiesbaden Biennale, and an architectural proposal with Martti Kalliala for the exhibition 1000 m2 of Desire at CCCB in Barcelona (all in 2016).