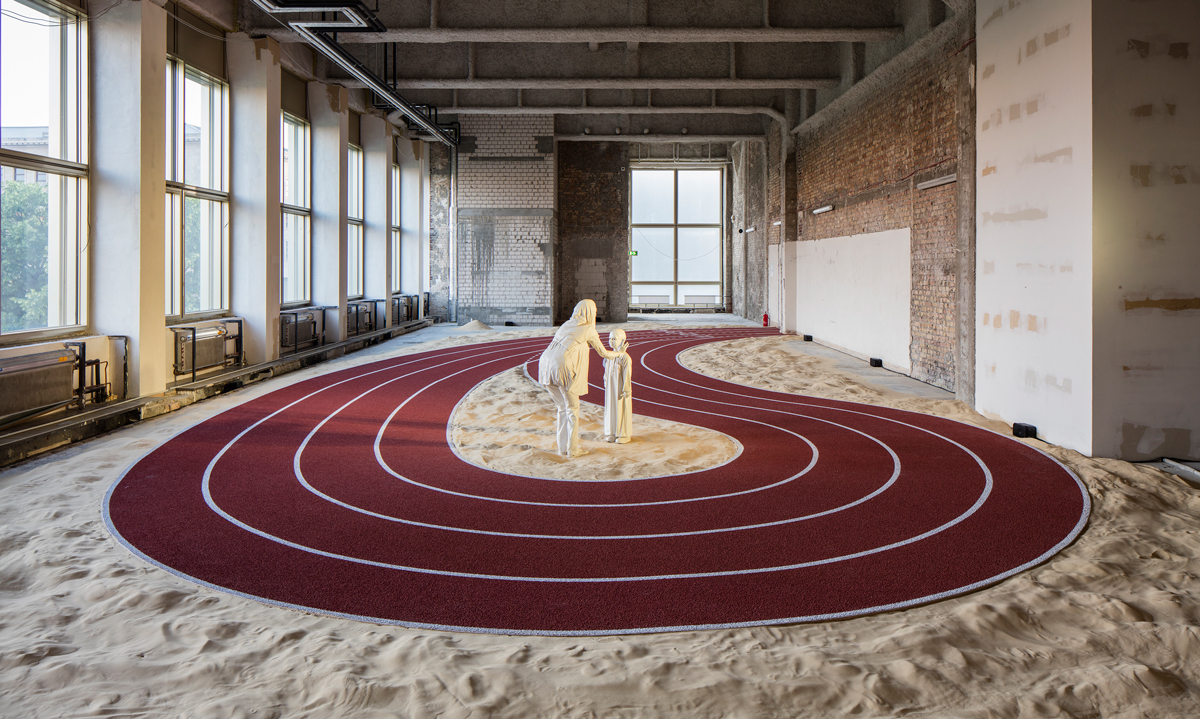 The ideologies, material culture, and state-corporate paradoxes of the Arab Gulf States are the focus of works produced by the collective GCC, which borrows its name from the intergovernmental organization of the Gulf Cooperation Council. Most recently GCC has looked at how “positive energy” movements, New Age practices, California start-up culture, and corporate philosophies appear in unexpected, hybrid forms in the Gulf—take the example of Dubai’s appointment of a Minister of Happiness in early 2016. The installation of GCC is a running track recalling the designated walking areas prevalent in Gulf cities. At the center a woman, clad in a version of contemporary clothing popular in the Gulf today, is performing a “Quantum Touch” on a child – a pseudoscientific form of energy healing and a gesture of self-optimization amid spectral competition. 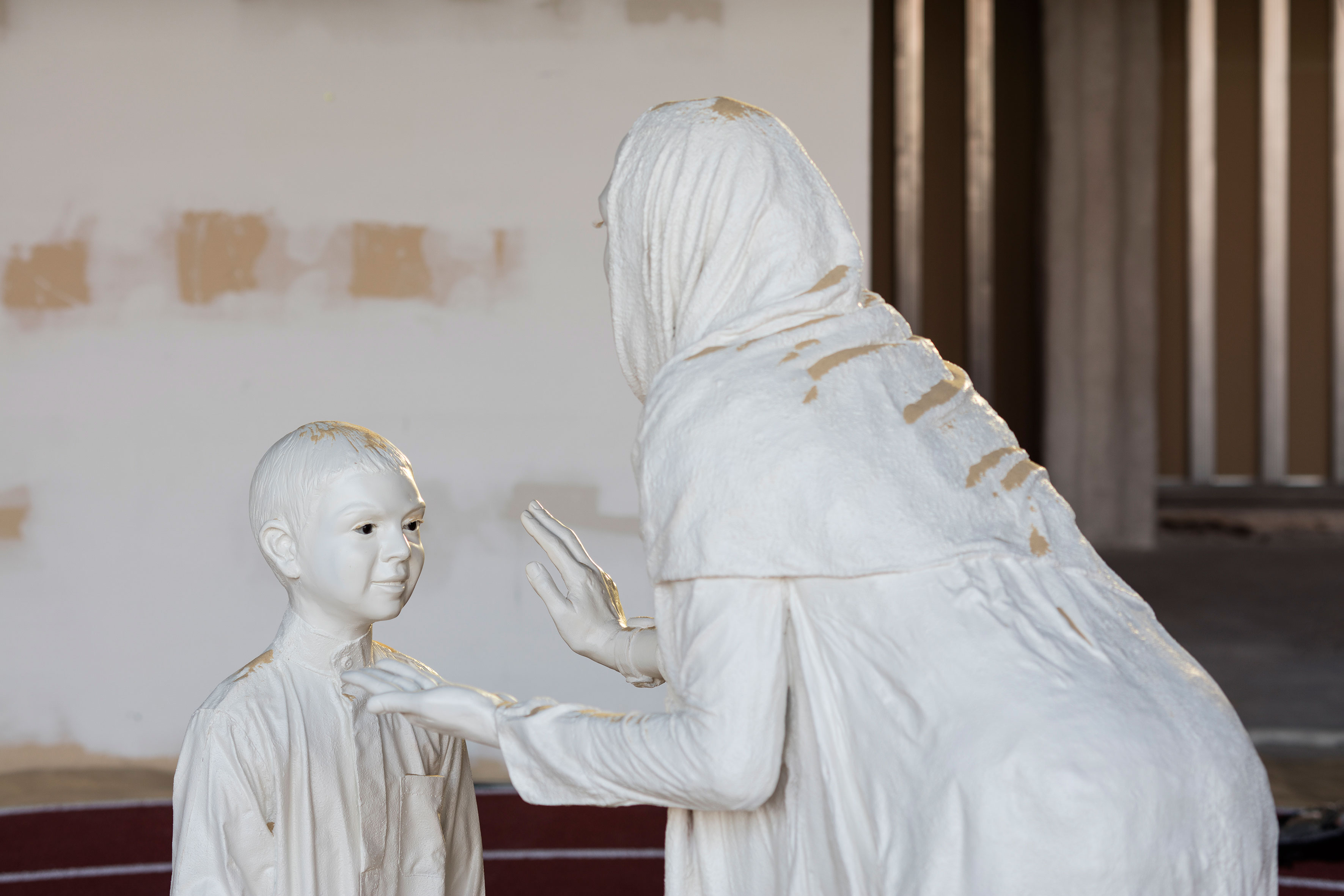 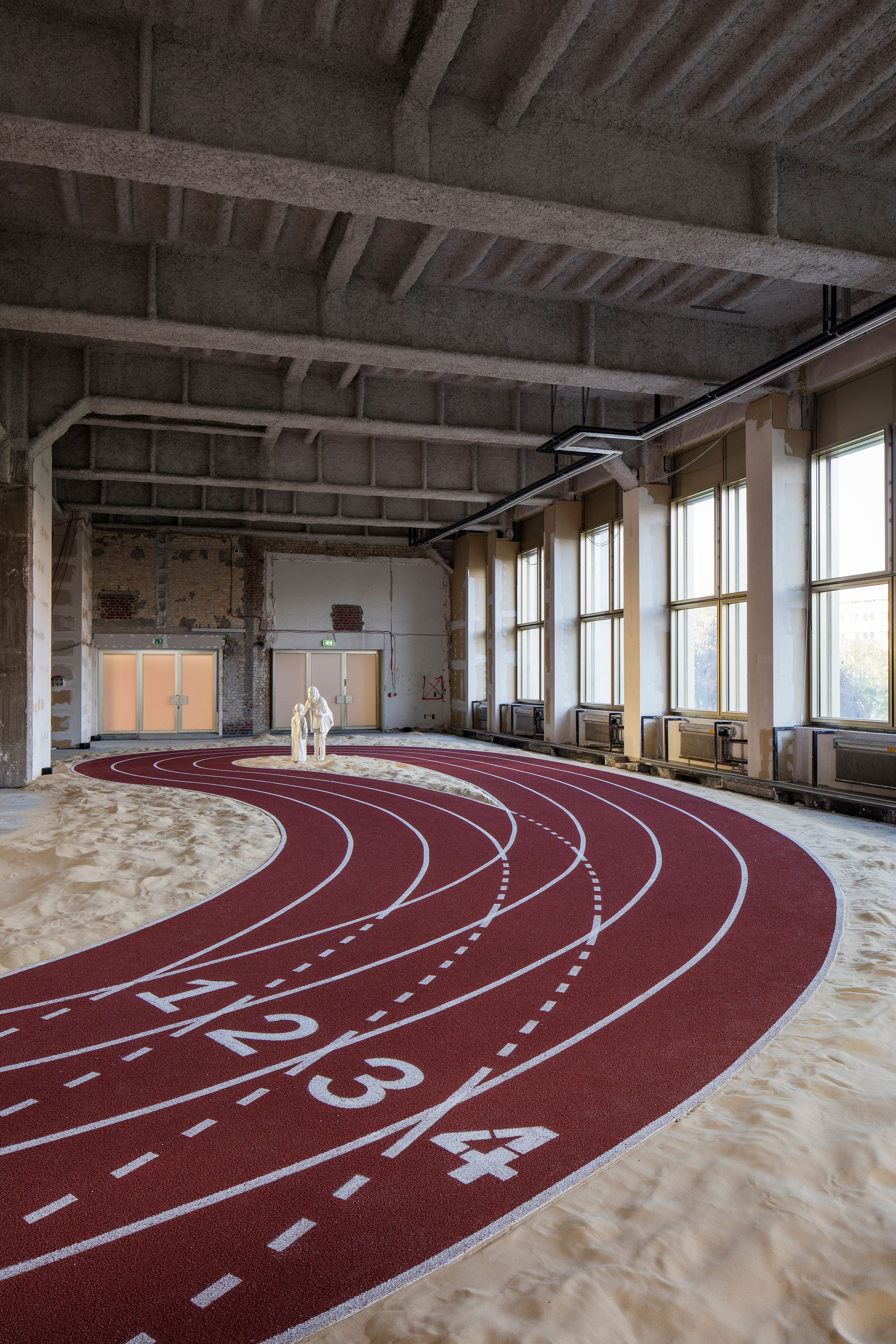