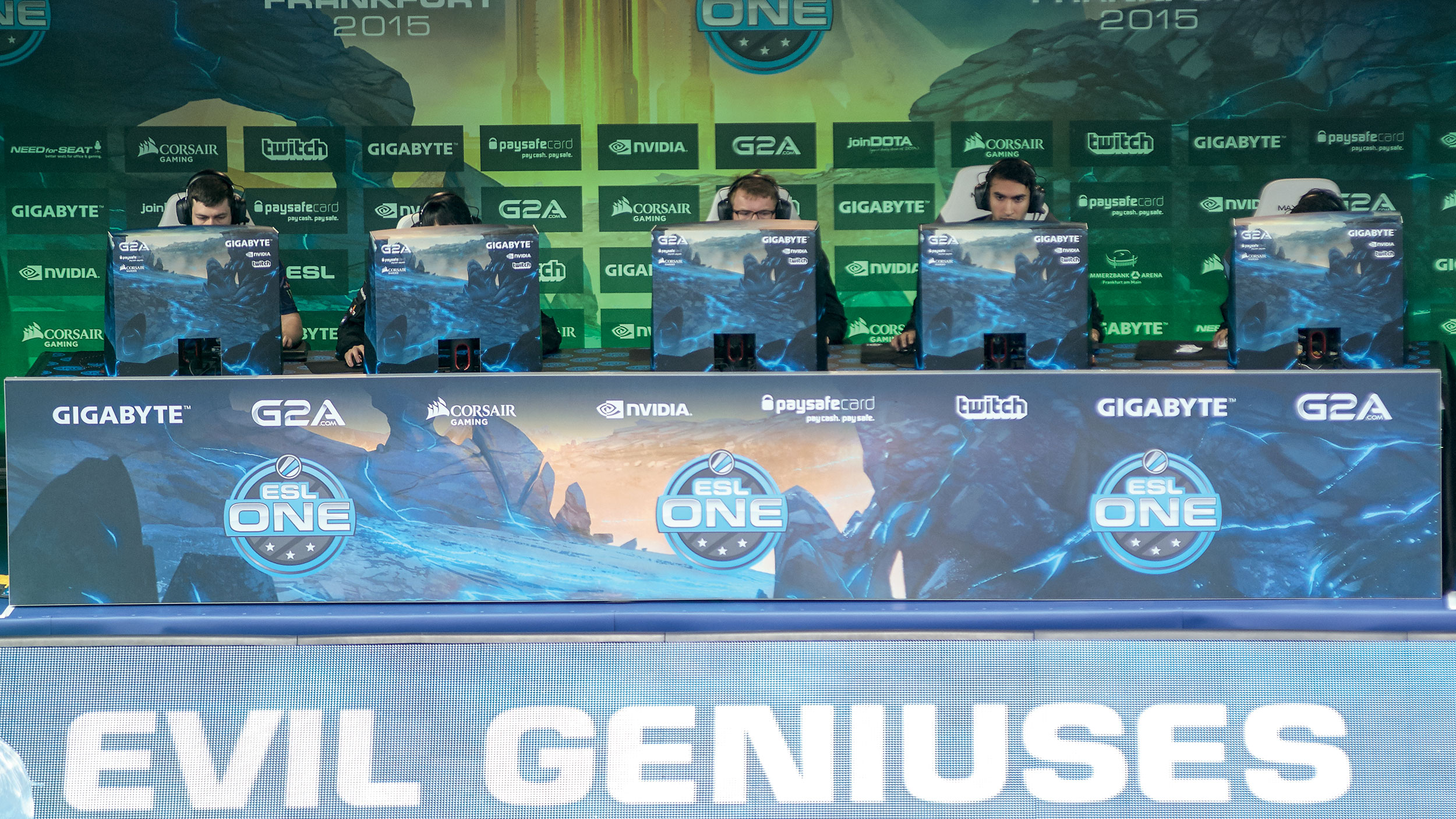 The internet is often described as a place for the “immaterial” flow of information. However, as a medium of information flow, the internet is material. It consists of cables, computers, cell phones, and other technical tools. When passing through the internet, information leaves material traces. Computers do not forget, as everyone knows. All erased information can be retrieved. The passage of information is reversible—unlike the flow of time. One could say that the internet manifests the old dream famously formulated at the end of Richard Wagner’s Parsifal: time indeed becomes space. Thus, the internet offers the promise of a collective memory—common to all humankind. Everything that is put on the internet becomes generally accessible and remains so, at least potentially, for an indefinite period of time. Of course, keeping information about things is not the same as keeping the things themselves.

Virtual depositories of art images are much more compact and much cheaper to maintain than traditional art museums, for example. The same can be said about publishing houses, which are constantly expanding the e-component of their programs. And the same can be said about the websites of individual artists—where one finds the fullest representation of what they do. This is mostly what artists show during a studio visit nowadays; they put a laptop on the table and present the documentation of their activities. The internet thus gives the author a possibility to make his or her art accessible to almost everyone around the world.

The internet leads to the globalization of the author, the person of the author. I do not mean the fictional, authorial subject which allegedly invests the artwork with individual intentions and meanings that are then to be hermeneutically deciphered and revealed. This authorial subject has already been deconstructed and proclaimed dead many times over. I mean the real person existing in off-line reality, to which internet data refers. This author uses the internet not only to write novels or produce art but also to buy tickets, make restaurant reservations, and conduct business. All these activities take place in the same integrated space of the internet, and all are potentially accessible to other internet users. 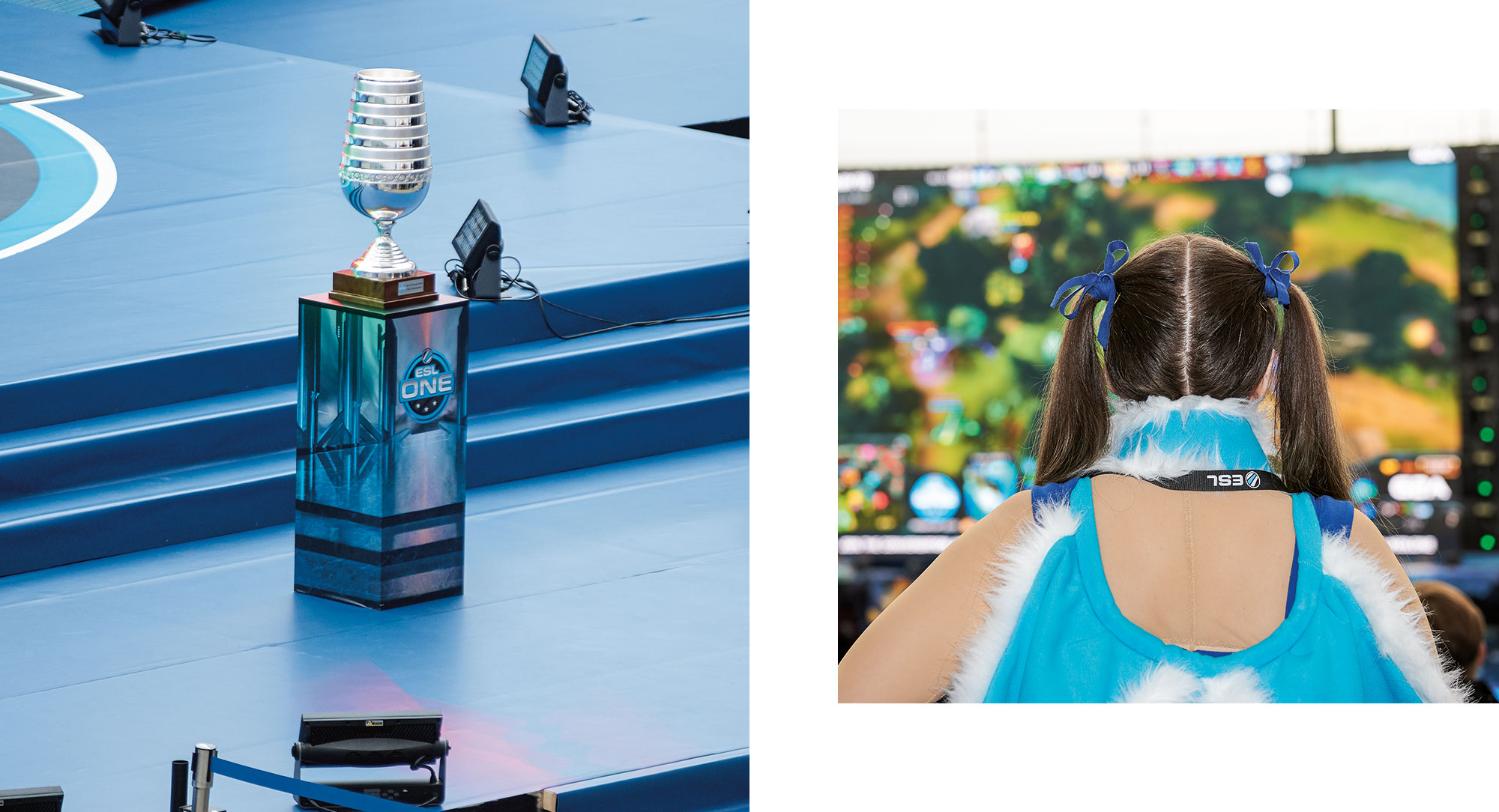 Of course, like other individuals and organizations, authors try to escape this total visibility by creating sophisticated systems of passwords and data protection. Today subjectivity has become a technical construction; the contemporary subject is defined as an owner of a set of passwords that only he or she knows. The contemporary subject is primarily a keeper of a secret. In a certain way, this corresponds with a very traditional definition of the subject as knowing something about himself or herself, which God alone knows but other people cannot, because they are ontologically incapable of reading other people’s thoughts. Today we are not dealing with ontologically but technically protected secrets. The internet is the place where the subject is originally configured—as a transparent, observable subject—and then begins to become technically protected in order to conceal the secret originally revealed. However, any technical protection can be broken. Today hermeneutics is the work of the hacker. The contemporary internet is a place of cyber wars, in which the secret is the prize. Knowing the secret means putting the subject constituted by this secret under one’s control. The cyber wars are wars of subjectivation and desubjectivation, which can unfold only because the internet is the original space of transparency and referentiality for every user. But what about the internet itself as a material object?

In fact, the internet seems to be much less immaterial than previous bearers of communication and memory. Take traditional mail as an example. A letter can be sent in a bottle that is thrown into the sea, or it can be transported by specially trained pigeons. Although these are exceptional cases, they illustrate the difference between traditional mail and e-mail. Using the terminology introduced by political theorist Carl Schmitt, one could say that traditional mail was subjected to the nomos of the sea—and e-mail to the nomos of the Earth.¹ The route between sender and receiver taken by the traditional letter was never clearly defined; it was accidental and dependent on the personal decisions of the message bearers responsible. These decisions could also go wrong, and the letter would then be irretrievably lost. In contrast, e-mails are transported not by individuals but by channels and carriers that have fixed trajectories. The internet is inscribed onto the Earth—and subject to its fate—in a much more radical way than during earlier periods of the history of communication. The contemporary phase of globalization that relies on the internet as its leading medium thus seems to be more vulnerable and fragile than previous phases. Wars and catastrophes have destroyed many civilizations of the past, but many artworks, texts, and documents survived, precisely because they were kept in unusual places and accidentally escaped destruction. The Earth itself is a huge museum—as shown by archeological excavations. If the internet were to crash as a whole, the probability of individual messages being preserved is low. And even if some data were to be saved, it would be difficult to understand to what reality it refers. In this case, the hardware of the internet, minus its information, would be aestheticized—like Roman aqueducts today, minus the water. 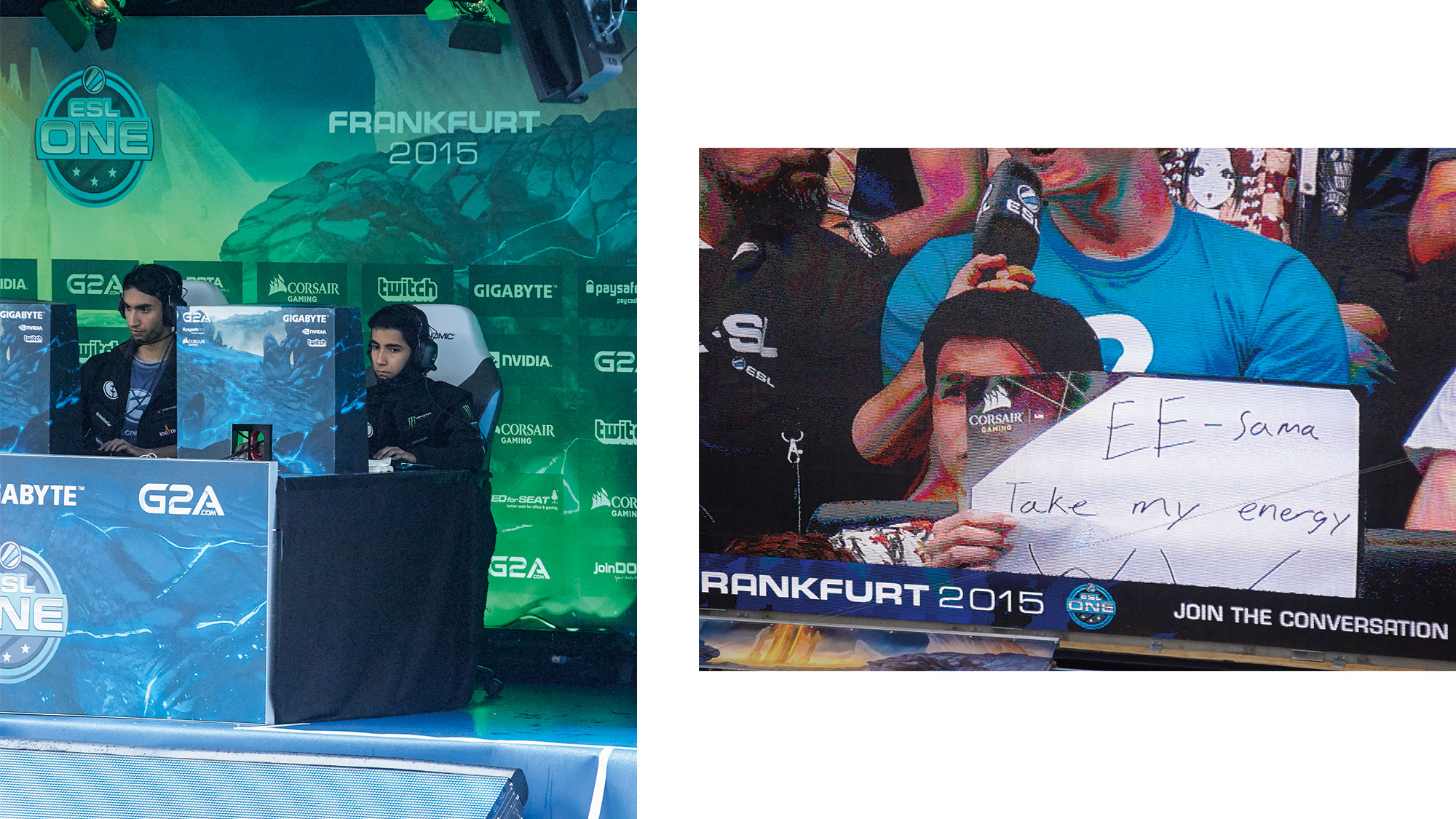 That is one of the reasons why the fear of cosmic catastrophe has became so widespread in contemporary culture. In the modern era we became accustomed to understanding human beings as determined by the social milieu in which they live, as knots in informational networks, and as organisms dependent on their environment. In the time of globalization we have come to learn that we are dependent on everything that happens around the globe—politically, economically, and ecologically. The planet Earth is not isolated within the universe. It relies on the processes that take place in cosmic space: black matter, waves and particles, star explosions, and galactic collapse. The fate of mankind also depends on these processes, because all these cosmic waves and particles penetrate our human bodies. The positioning of the Earth within the universal whole determines the conditions under which living organisms can survive on its surface.

This dependence of mankind on cosmic events that are uncontrollable and unknown is the source of a specifically modern form of anxiety. Call it cosmic anxiety. During the period of the Cold War people feared the potential of nuclear war to destroy our civilization in its totality. Today this possibility of collective human suicide seems remote enough. However, it has left behind a legacy of various psychological traumas. The progress towards a radiant future does not seem guaranteed. It is no accident that contemporary mass culture is obsessed with visions of asteroids coming from the black of space and destroying the Earth. This anxiety also takes more subtle forms. For example, there is Georges Bataille’s theory of the “accursed share,”² which describes the Sun as consistently sending more energy to the Earth than it and the organisms living on its surface can absorb. After all the effort expended in using this energy for the production of goods and raising the living standard of the population, there remains a non-absorbed, non-used remnant of this solar energy. This excess energy is by nature destructive; it can be spent only through violence and war or through ecstatic festivals and sexual orgies that channel and absorb this remaining energy through less dangerous activities. Thus, human culture and politics are determined by cosmic energies—forever shifting between order and disorder.

Today hermeneutics is the work of the hacker.

Friedrich Nietzsche described our material world as a place of the eternal battle between Apollonian and Dionysian forces, between cosmos and chaos. There are two different ways of responding to this battle: the ecstatic embrace of chaos or the attempt to control the cosmos and thus secure its victory over chaos. The first means celebrating chaos as a chance to experience the intensity of life instead of only consuming information about life—a path of returning to pure presence, of reentering the irreversible flow of time. This option is seductive because it appeals to vital forces that remain inactive in the bodies of internet users sitting at their computers. It is also appealing to artists, because chaos allows them to break free from the imprisonment of specific cultural identities and regional political orders—to take the path of universal anarchy.

The means of control over the forces of universal destruction, in contrast, is the universal state—the global victory of the Apollonian order. Our time is often characterized as post-historical or even posthuman. Both of these characterizations have their origin in the course of lectures on Georg Wilhelm Friedrich Hegel’s Phenomenology of Spirit (1807) given by philosopher Alexandre Kojève at l’École des hautes études in Paris from 1933 to 1939.³ For Kojève, the end of history does not merely mean economic and informational globalization but political globalization. From the Kojèvian point of view, we are still not quite post- historical or post-human. We will be post-historical, only when we live in a universal and homogeneous state acting to secure our personal and social survival. Only such a state could develop the technology that would be able to protect us from cosmic catastrophes. Today such a universal state remains utopian. However, one could argue that the contemporary art world tries to compensate for the lack of the universal state. It is important to remember that Kojève was not only a follower of Hegel but also a nephew of and commentator on Wassily Kandinsky, who believed in the potential of art as a means of influencing individual consciousness and leading humanity toward a new universal order. 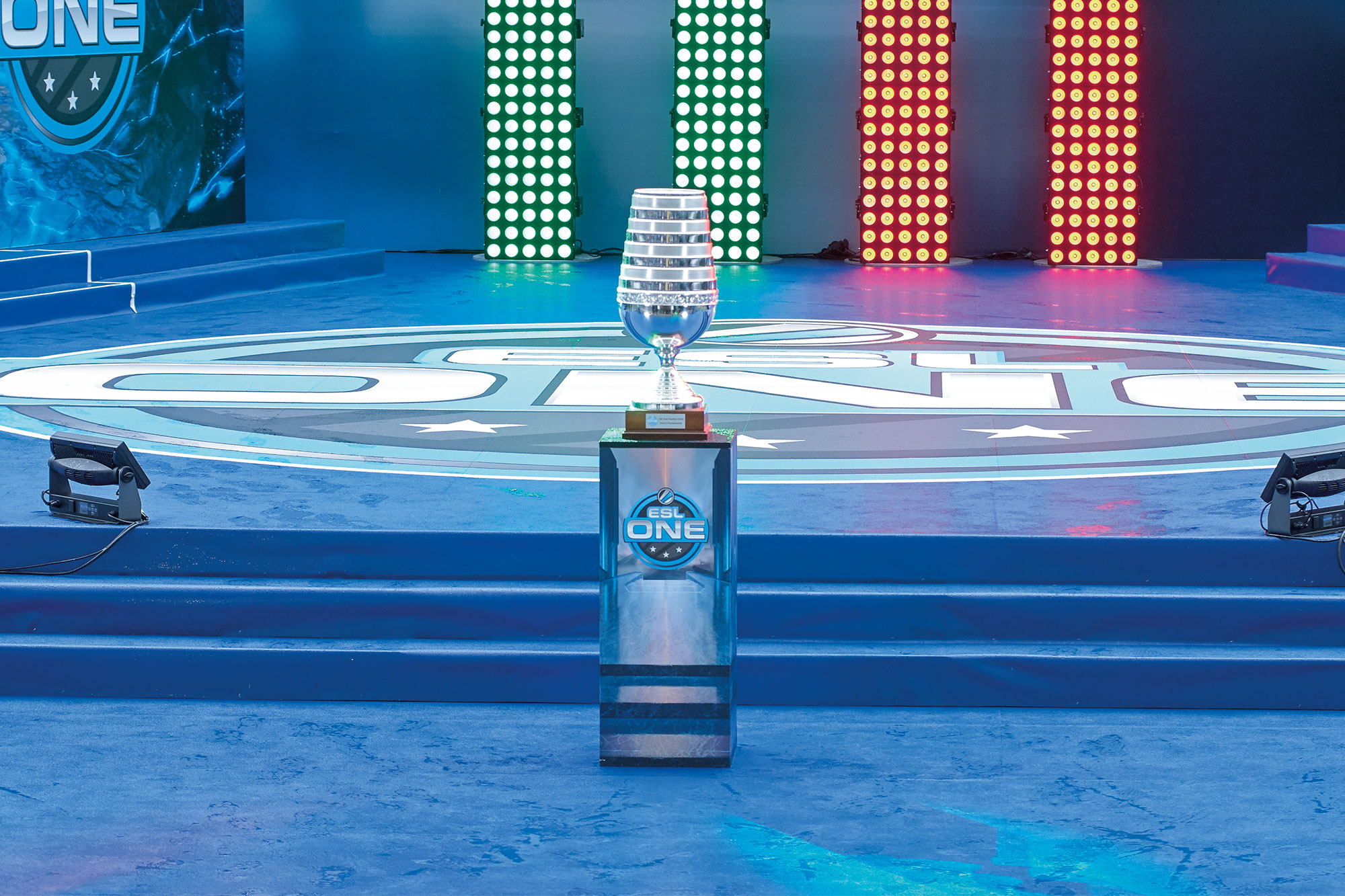 This avant-garde dream has not been fully abandoned in our current world of contemporary art. It is often said that contemporary art is totally commercialized, and that the artwork has become pure commodity. However, this is only partially true. Contemporary international exhibitions, biennials, and events such as documenta and Manifesta, primarily address the general public, not the collectors of art. And these exhibitions are conceived by their curators as vehicles for sending universal messages in the name of international art. In this sense, the curators act as appointees and agents of a non-existing universal and homogeneous “state.” The world of art should therefore not be ashamed of the bureaucratic structures and institutions that channel this public appeal. In this context it is worth recalling a slogan coined by one of the early generations of anarchists: “Anarchy is the mother of order.”

BORIS GROYS is a philosopher, essayist, art critic, media theorist, and an internationally renowned expert on Soviet-era art and literature, specifically the Russian avant-garde. He is the Global Dis tinguished Professor of Russian and Slavic Studies at New York University, a Senior Research Fellow at the Staatliche Hochschule für Gestaltung Karlsruhe, and a professor of philosophy at The European Graduate School / EGS. As a prominent contemporary art theorist and critic, Boris Groys has also curated a number of notable exhibitions, including: Andrei Monastyrski for the Russian Pavilion at the 54th Venice Biennale (2011) and After History: Alexandre Kojève as a Photographer at BAK Utrecht (2012). Boris Groys’ many publications include: The Total Art of Stalinism (1992), Art Power (2008), The Communist Postscript, (2010), and Under Suspicion. A Phenomenology of Media (2012). His most recent book is In the Flow (2016).